Are Ukrainian refugees safe in the UK?

Our volunteer, Will Morgan, writes his thoughts on the UK’s ‘Homes for Ukraine’ Scheme and the risks of paying Brits to host Ukrainian people in their homes. Tell us what you think in the comments.

The invasion of Ukraine by Russia has led to the worst refugee crisis in Europe since World War II. With EU nations playing their part, and surrounding countries from the west of Ukraine accepting refugees, the UK appeared reluctant about the prospect of helping those in need. Eventually, on the 14th March 2022, the UK government announced their âHomes for Ukraineâ scheme. This is a sponsorship scheme that âwill allow individuals, charities, community groups and businesses in the UK to bring Ukrainians to safety – including those with no family ties to the UKâ. Members of the public who host Ukrainians will be paid Â£350 a month for their part. So far, 150,000 people have registered their interest in hosting, however, the government has refused to provide figures on how many Ukrainians have arrived in the UK. 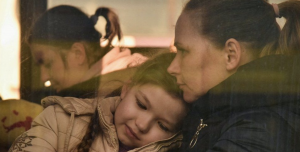 However, Michael Gove, the communities secretary said that hosts would have to only undergo âvery light touchâ criminal record checks, with the government clarifying later that they actually need tougher DBS checks. Additionally there is no government run portal with inbuilt safeguarding checks. Daniel Sohege, a specialist in international refugee law, wrote on Twitter that âthe government has been liaising with certain groups, but it hasnât brought in the refugee or child protection sectors on a large scaleâ. This is worrying for Ukrainians coming to live in England, as it appears the government is not doing nearly enough to protect them from risk of exploitation and trafficking. Those fleeing war should not be cast into another potentially unsafe, or even traumatising situation, if they were coming to seek refuge in the UK.

The Â£350 a month that will be provided for sponsors also could raise an issue. Will the vetting process check if the sponsors are taking in Ukrainians for the right reasons? Or whether they taking them in because they only need the extra money? With this cohort of refugees being different to other groups in the past, with lots of children and elderly people, there is an even greater need for care and the provision of genuine support upon arrival. Although the government has heralded this scheme as the answer to public pressure to create a safe place for refugees to come from Ukraine, there still are a lot of questions. More clarity needs to be provided on each level of the âHomes for Ukraineâ process, sponsor vetting, numbers, and continual updates about its progress. Until these are provided, it is difficult to believe that this scheme is as welcoming as the government says it is.