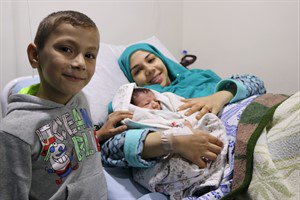 International Refugee Trust (IRT) was founded in 1989 to help improve the lives of refugees, internally displaced people (IDP) and returnees around the world. We are there when the big agencies move on.

All too often there are headlines in the media showing people forced to leave their homes and become refugees because of natural disasters such as famine, floods and earthquakes or man-made disasters such as war or ethnic cleansing. Large relief agencies are quick to react, and they do a wonderful job. However, in many cases when the media coverage has died down and the initial needs are met, they move their resources on to tackle the next emergency.

This is where IRT step in. We support small projects overseas that benefit the forgotten refugees. Refugees who, after the initial crisis, are no longer deemed to be newsworthy.