30 years ago, in 1989, the International Refugee Trust (IRT) was founded, and it was certainly an important year in history. People in the Western world may remember the fall of the Berlin Wall, the âman v tankâ in Tiananmen Square (pictured), the execution of Ted Bundy, Nintendo releasing its âGame Boyâ, the release of the very first Microsoft office, the first ever GPS satellite put into orbit, plus many other historical events.

A few years before that, in 1985, the world was watching just how charitable the UK could be during the âLive Aidâ concert, one of the most defining events of the 80âs. Nearly 40% of the worldâs population watched numerous legendary bands and artists perform at Wembley, free of charge, to help Bob Geldof raise funds for relief of the Ethiopian famine. During the concert, we were exposed to harrowing footage of starving Ethiopian children, suffering, and gasping for sustenance in their millions. These images were accompanied by an emotional soundtrack of âDriveâ by The Cars, which can be remembered by all who watched it as a distressful and upsetting moment of the broadcast.

For some of us, it was the first time we were exposed to such shocking images. Some of us were not even aware of the famine in Ethiopia, but Geldofâs humanitarian act had a huge impact on the nation, raising over Â£40 million globally. Geldof insisted that half the money raised was spent on long term development and the other half on food.

Furthermore, Geldof raised awareness of the terrible suffering around the world. He showed us that as a First World country, we were able to help these people, by donating and fundraising. The nation proved that, collectively, we can help less fortunate people, thousands of miles away, to survive and rebuild their lives. This is something we should be very proud of.

A few years later in 1989, an Irish Missionary Priest, Fr. Kevin Doheny, founded the International Refugee Trust in Chiswick. His aim was like that of Geldofâs, helping vulnerable refugees and displaced people around the world and raising awareness of how war and conflict have destroyed the lives of so many families overseas.

Over the last 30 years, IRT have helped thousands of refugees all over the world in countries such as Tanzania, Uganda, South Sudan, Thailand, Cambodia, and Jordan.

Bob Geldofâs âLive Aidâ was in aid of the Ethiopian famine which took place approximately 10 years into the Ethiopian Civil War. It is thought that this famine was because of war, conflict and government policies relating to agriculture. The refugees that IRT help are in a similar position, as a result of war and conflict in their home countries.

Today, IRT are helping thousands of refugees overseas, who are innocent victims of war and conflict. In some of the countries where IRT work, the conflict has been resolved, but there are still millions of people who are displaced and have been forced to leave their homes with nothing but the shirt on their back.

With thanks to our incredible supporters, we have been able to sustain our vital work for the last 30 years. When the media and large charities have moved on from an initial crisis overseas, IRT stays to continue supporting projects. These projects help refugees to live sustainably and rebuild their lives, ending their poverty and suffering. Read more about how IRT achieves this through our StepUp programmes in Uganda, one of our many projects overseas (www.irt.org.uk).

IRT will be holding a series of events over the course of the year to celebrate its 30th anniversary. Please keep an eye on our news page for updates. 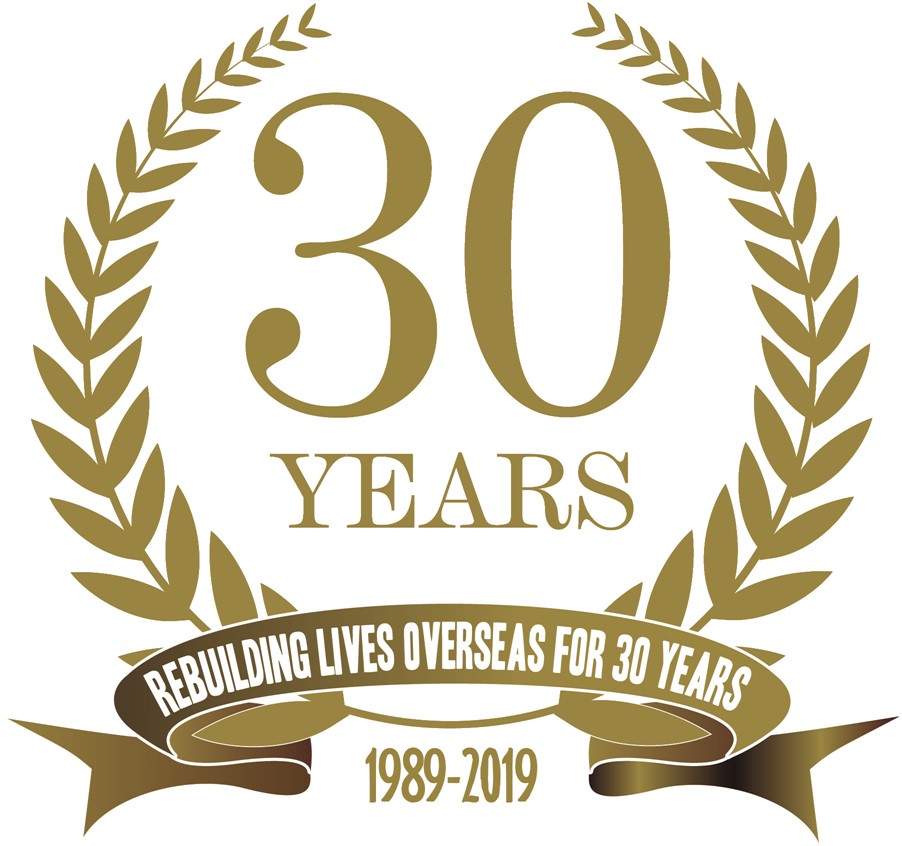